The Evolution Of Graphic Design 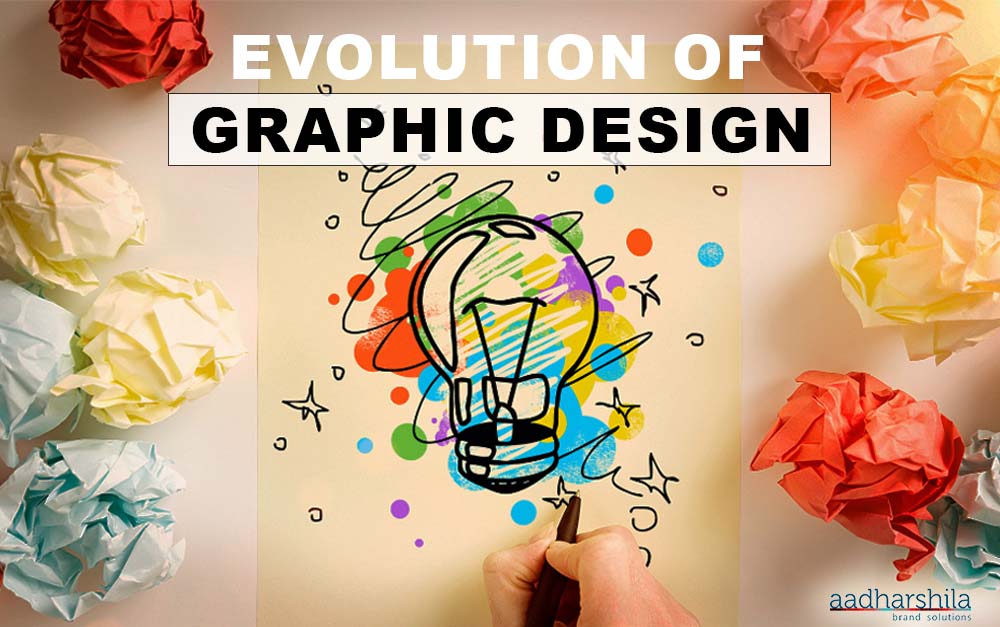 From time immemorial, people around the world have been naming their favourite artists, signers, and novelists – but have you ever heard someone say, “he/ she is my favourite graphic designer.”? NO. People give far less credit to graphic designs than they deserve.

William enjoyed a varied and fascinating career and is best known for his typography works. His facework includes Electra, Eldorado, Caledonia and Metro – which are still famous. William did everything from lettering and book designs to advertisements and illustrations. However, he didn’t introduce things to the world, they already existed. He was just the first to give it a separate name. Moreover, the earliest forms of graphic design have roots spread across ancient times – as far as 38000 BCE. The evolution of graphic design is documented back to cave paintings, written language, paper and printing.

The Rise of Design and Visual Propaganda – 20th Century

It is nearly impossible to cover the evolution of graphic design without shedding light on the advertising boom. Though many people associate the advertising boom with television, it started years before. After World War II, when the world was rebuilding itself, the lines between fine and graphic design were also blurred by the introduction of Pop Art. It allowed designers with an enormous spectrum to derive inspiration and many famous pop artists such as Ed Ruscha and Andy Warhol began their careers as graphic designers.

Then came televisions which further increased the scope of playing with creativity. Televisions allowed graphic designers to be inspired by literally anything and steered their creativity towards the art of storytelling. It won’t be wrong to say that the advertising boom opened the gates to an entirely different evolution of graphic design.

The launch of computers didn’t immediately skyrocket the future of graphic design. In fact, up until the 1970s, computers were nothing more than gimmicky and big calculators. Even though graphical computers like Xerox Alto and Apple Lisa were launched to assist the graphic designers, they didn’t bag many possibilities for the designers. It won’t be wrong to say that the simplest designs were not the best designs of the era but the only options available.

However, with time, computers became more powerful, giving graphic designers the leverage needed for outstanding designs and experimentation with their creativity. Moreover, with Steve Jobs’s first Apple iPhone in 2007, an ultimate spectrum of possibilities was unlocked for the evolution of graphic design. Furthermore, it also gave rise to the first ever and a primary design-based debate – skeuomorphism v/s flat design.

For instance, the material design uses visual metaphors like shadows and containers from skeuomorphism and wisdom to create an interface and visual language from flat design. Material design is the most recent phase of the evolution of graphic design.

The Bright Future Of Graphic Design